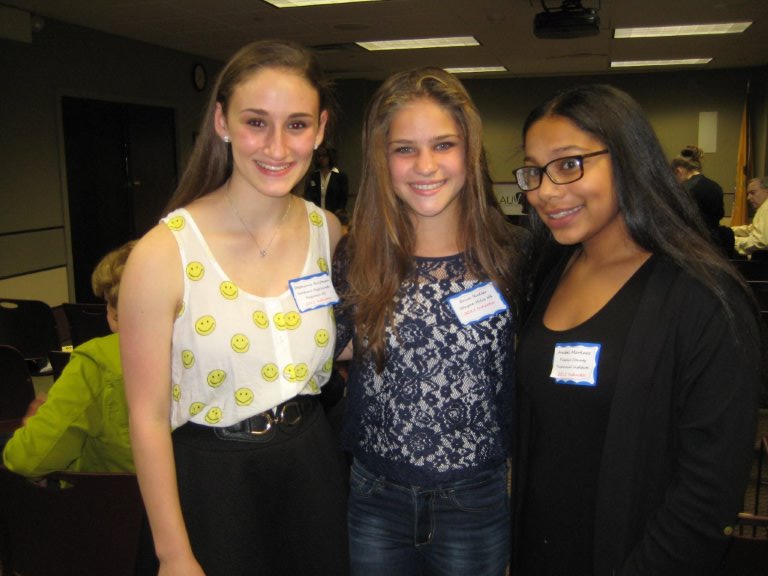 The AAUW Greater Wayne Area branch held its second annual Girls Hall of Fame induction ceremony on Wednesday, September 30, 2015, at the Wayne Public Library. This award honors girls between the ages of 12-18 who have demonstrated outstanding leadership of legacy projects that make a difference within their local community or the world-wide community.   Inducted this year were Anabel Martinez, a junior at Passaic County Technical Institute in Wayne; Erica Radler, a freshman at Wayne Hills High School; and Stephanie Reifman, a sophomore at Northern Highlands Regional High School. Each girl received a citation from the GWA branch and each is a permanent member of the AAUW Girls Hall of Fame. In addition, the girls were presented with official citations from the towns in which they live.